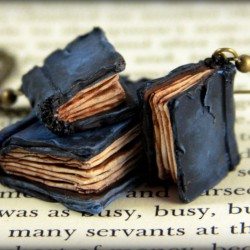 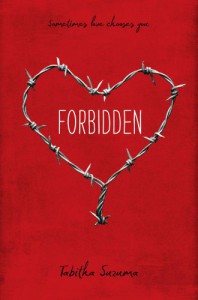 I've avoided reading this for the longest time not only because of the controversial subject but because the promise of a heartbreaking ending required mental preparation that I never seem to be ready to do. I love depressing books, I really do. I connect most with lonely characters who're broken and misunderstood. But no amount of spoilers, self-encouragement and peer support prepared me for the anxiety and the devastating direction that this book took.

This book is about consensual incest, no spoilers there. But the romance between Lochan and Maya Whitely was so believably built that I found myself rooting for their relationship even though I resisted the idea of it so much. Because when you read about their situation and how they've had to rely on each other for support as they took on the role of parents to their younger siblings, you can't help but believe that it could happen. I'm not here to convince you that this kind of relationship is acceptable. I don't think that was Tabitha Suzuma's intention either. I believe that a story like this was written to show us that there are kinds of love other than the ones we know, that you can love a person in every kind of way.

Inasmuch as I want to take that lesson and make it the focal point of the story, I can't. Because the ending left me thinking, what is the point? In previous books I've read with similarly somber themes I can at least take away something positive from it, but in this case I can't help but feel as though evil triumphed over good. It's depressing. It's heartbreak raised to the highest exponent possible. It's a reminder of how unfair life is.

A therapist I knew once likened victims of neglect and abuse to a house. Children who are victims of abuse are houses that have been damaged or have collapsed, but children who are neglected do not even have the foundations of a house to begin with, which equates to a poorer or no understanding of their identities. Lochan and Maya have never had a good parental figure growing up. As normal as they try to make it for everyone else, they too experienced the abandonment. They needed nurturing and guidance just as much as their younger siblings. They had their own fears and insecurities, but the fear of being taken away and being separated from each other was greater. There's no room to be emo or to show weakness. There's no time to work on Lochan's stunted social growth. The kids have to be fed, bathed and assisted with homework. Who can blame them if the reprieve they found was in the form of the other?

Their relationship is inexplicable. This book demands to be read and to be felt. And while I don't think it can be understood by everyone the way it intended to be, it's worth a shot. I am still in denial over the turn of events, because a boy as lonely as Lochan shouldn't have to be alone at the scariest point in his life. He shouldn't have been humiliated the way he was. And he shouldn't have felt that there was no way out. My heart bleeds for the Whitely kids, who will be scarred by this, especially Kit who will likely face a lifetime of self-blame and depression, and Maya, who now has a bigger burden to carry and a sorrow that will never be understood by anyone. Like others, I wished for this to have ended differently, to be given some semblance of hope. At the least, I wished that they could have been given more time, even just for Lochan to tell his siblings how much he loved them.

I feel stupid for even thinking that I'm emotionally experienced enough (book-wise) to handle the feels. This is one of those reads that I feel I will never recover from, and for that reason I don't know if I can ever reread it. I can't say that I enjoyed the story, but I loved the power Tabitha Suzuma's writing had on me, because unthinkable as this love story was, I completely bought it.

I braved this reading experience because of these wonderful ladies: Ana Rita, Angie and Raquel. Thanks for the BR! And for my determination to read this book in this lifetime I have Rosalinda and Ash to credit for their incessant pimping.